The association that organises the Brest European Short Film Festival

Our objective is to showcase how creative and dynamic young European cinema is, and to introduce audiences to filmmakers, who, after showing short films at the Brest Festival, go on to present feature films at festivals such as Cannes.

The Festival is a meeting-point for filmmaking professionals, where they get together to make deals and begin new collaborations. The Festival is also the place where audiences can meet with people from the film industry and find out more about filmmaking and its different creative processes. To this end, the Festival organises different events and workshops – rare and special occasions that enable cinema-goers to meet the people who make films and also gives them the opportunity to go behind the scenes.

With its four competition sections (European, French, OVNI/UFO and Brittany, which highlights films directed and/or filmed in Brittany), the Festival offers up a choice selection of European short films. Lots of non-competition programmes are also screened every year:

– The “off” programmes: next to the Festival competitions, these programmes throw out the rule-book and venture off into the world of short film creativity. Themed programmes, animation programmes and retrospectives, there’s something for everyone!
– The events: unique projections which mark out or punctuate the days of the Festival, often in partnership with local association structures, national or international television networks, or other European festivals. Don’t miss out!
– The special screenings about a filmmaker, a production company or an organisation that encourages film creation.
– The young audience programme with its sections for different age-groups and family-viewing.

The festival in figures

They’ve come to the Festival

Since its creation in 1986, many well-known faces have attended the Brest Festival, either as members of the Festival Jury, or representing films in competition. 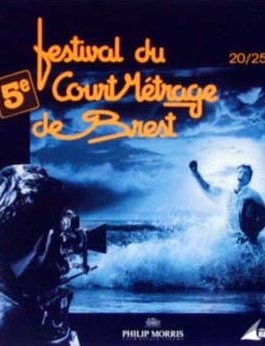